The Allied Army also known as the Allied Kingdoms or the Army of Unified Kingdoms or the Coalition Army, (連合軍陸軍 Rengō-gun rikugun) was an army consisting of regular Imperial Army troops, as well as levies from vassal kingdoms of the empire, including Alguna, Elbe, League Principality, Mudwan, and 17 other kingdoms. The forces included dragon riders, war elephants, goblins, giant Ogres, and magicians.

Despite their advantage in terms of numbers, the Allied Army was no match against JSDF at the Second Battle of Alnus Hill where they were easily crushed by the superior technology and firepower of the JSDF and they suffered three consecutive defeats.

It was made up of 300,000 men from 21 different kingdoms where 100,000 soldiers, which included kings and dukes of the Empire's vassal states, were sent to Alnus Hills to fight the JSDF where roughly 70,000 met their end. While some had returned to their kingdoms, others had become marauders and attacked Italica only to be defeated by the JSDF in the end where most of the remaining survivors were forced to scatter across the land.

One of the survivors is Elbe's King Duran, who realizes that the Empire is the true enemy. Other survivors have chosen to quit their nation's army and found other jobs where many of the remnants went to Akusho to become thieves, enforcers, mercenaries, or to do some form of violent work. Some have even returned to Alnus, with no hostile intentions, as they guard trade caravans that come to Alnus for trades. 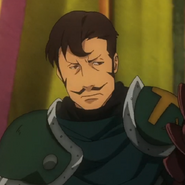 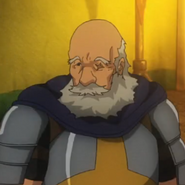 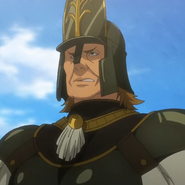 Duke Ligu of the League Principality. 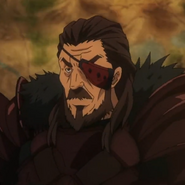 King Duran of Elbe.
Add a photo to this gallery
Retrieved from "https://gate.fandom.com/wiki/Allied_Army?oldid=24531"
Community content is available under CC-BY-SA unless otherwise noted.